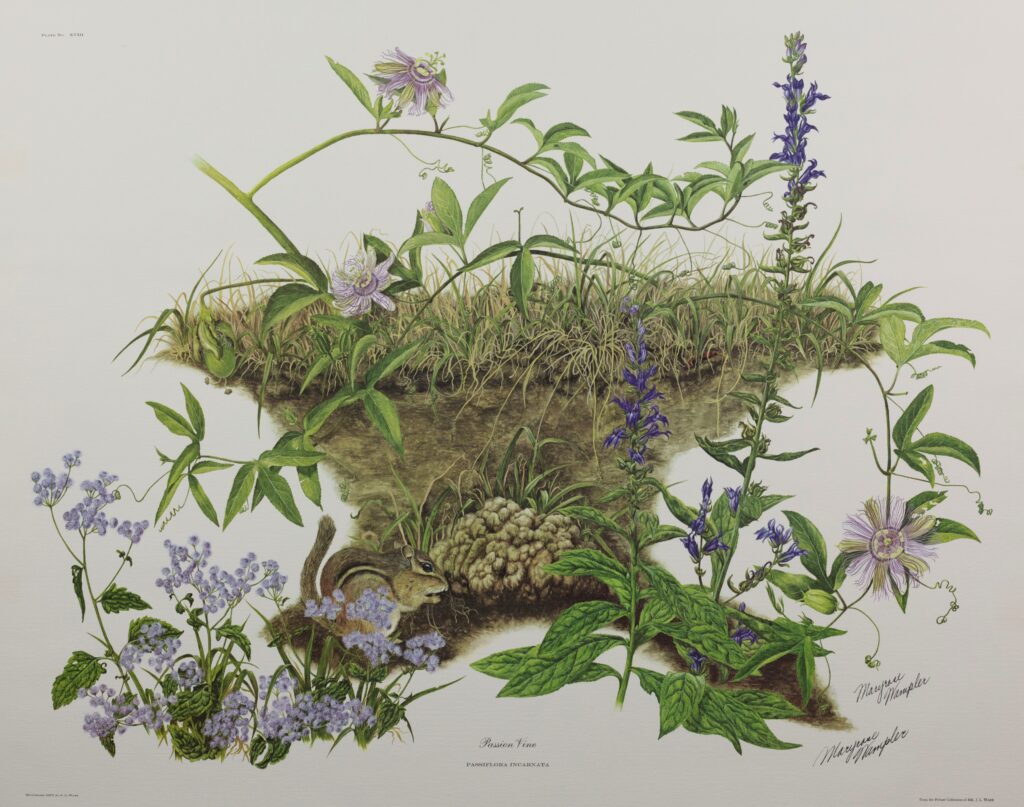 “The passion vine, Passiflora Incarnata, is the state wild flower of Tennessee…it is a vigorous, rampant grower that frequently reaches into the tops of trees. Generally considered a southern vine, it can be found growing as far north as the central part of the midwest. In the northern parts of its range the vine dies to the ground during harsh winters and renews itself in the spring from the roots.”

It goes without saying that the unique shape and character of the Passion Vine are striking. The peculiar structure of the flower is often related to Christ’s Passion, and it is from this association that the bloom receives its name. Specifically, the outermost petals are believed to represent ten apostles, while its wiry filaments symbolize the Crown of Thorns. Finally, the plant’s five stamens are thought to represent Christ’s wounds and the three stigmas he received during the Crucifixion. Symbolism aside, the passion vine is a flower of unparalleled beauty. Maryrose details their grace in this vibrant composition.